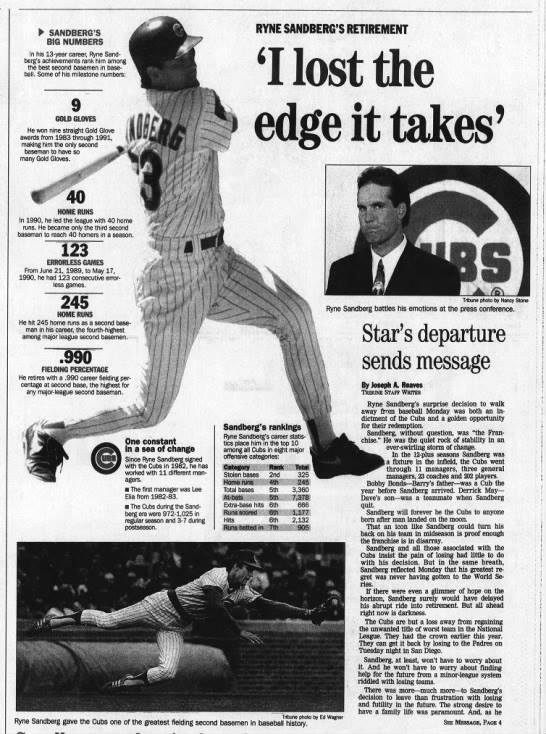 June 13, 1994 At the age of 34, Chicago Cubs second baseman Ryne Sandberg suddenly retires, walking away from $16 million. Sanberg says “I lost the edge it takes”. ‘Ryno’ will return to the Chicago Cub lineup in 1996 to play for two more seasons before completing his 16-year Hall of Fame career.

This comes 8 months after the retirement of another Chicago Athlete in his prime, Chicago Bulls Superstar Michael Jordan. The news of Sandberg’s retirement would soon become overshadowed by the news of the murders of Nicole Brown Simpson and Ron Goldman.