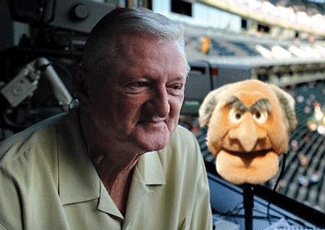 On the heels of Chicago White Sox broadcaster Hawk Harrelson latest comments on Wrigley field. “For the visiting team, Wrigley has the worst clubhouse in baseball. Once you get on the field, it’s great, the same way as at Fenway Park. The broadcast booths are terrible. They’re the worst in Major League Baseball.”

“It’s just time for that ballpark to be replaced. It’s just that simple. I’m only saying stuff that everybody knows who goes there. But nobody wanted to say it, so I decided yeah (to say it). I’ll never step another foot inside Wrigley Field.”

Hawk also wants to release a book around Opening Day in 2018, and he promises to go after those who have defamed or criticized he and his friends.

“I will never step foot in that ballpark again.” – That baseball pic.twitter.com/Ty1Q3C2pOd